This is the first in an occasional series where we share the fascinating contributions that our members make in the wider writing world – particularly work that benefits other writers.

The main focus of the Writers’ Club is the creative process of writing – the drafts and the redrafts. But some members are also involved in supporting writers, editing, proofreading, teaching and mentoring. Two of our members have become interested in the nuts and bolts of publishing. After publishing training, Richard Sheehan is now a full-time freelance editor and proofreader, and Maxine Linnell has taken on editing and proofreading projects to develop her work in supporting writers. 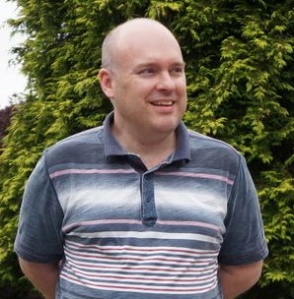 Back in 2011, my twenty-year career in IT was coming to a rather sudden conclusion and it was suggested to me that if I was looking for a change in direction then I might find a career in proofreading more satisfying. I spent some time researching what this might involve, and after discovering that publishers held great store by qualifications obtained via the Publishing Training Centre (PTC) or the Society for Editors and Proofreaders (SfEP), I enrolled on a proofreading course with the PTC.

For some reason I thought this might be relatively easy. Not so, it covered considerably more than spelling, punctuation and grammar. Ten months later, and after a lot of studying, I passed my course with a merit. I then enrolled as an associate of the SfEP and began my search for paid work. This also involved setting up a website and using as much social media as I could to publicise what I was doing. I also met up with other proofing and editing colleagues courtesy of the rather wonderful SfEP local groups. This proved to be one of the most useful things I did because over the past couple of years the people I met in these groups have provided a constant source of advice and support, much like being a member of Leicester Writers’ Club, to be honest.

My first job was a self-publisher referred to me by one of my local group colleagues, and then within a couple of months a local publisher took a chance on me and my freelance career had begun, albeit initially on a part-time basis. After completing a number of jobs for them, they then asked me if I could copy-edit. Of course I could, how hard could it be? Yikes. Cue me going on copy-editing courses with both the SfEP and the PTC and devouring as many books as I could find on the subject.

Once I’d clued myself in with regards to copy-editing, I found that I started getting more work, not just with my trusty local publisher, but with other publishers around the country and further afield, as well as an increasing number of self-publishers. I was working as a copy-editor and proofreader full-time by this point. I was getting good testimonials from clients and I then qualified as a full member of the SfEP. This, in itself, led to me getting more work, and it had the most significant effect on the sort of work I was getting. Bigger, more well-known publishers began asking me to work for them and I even got my first celebrity clients (Yay me!).

And that’s pretty much where I’m at now. I’ve now edited or proofed over seventy books. These have ranged from various genres of fiction through to memoirs, historical non-fiction, literary criticism, self-help and many others. There have been times where I’ve had so much work that days have run in to one another and times where I’ve wondered where the next job might come from. The freelance life can most definitely be a case of ‘feast or famine’, but it’s immensely satisfying helping authors to polish their work, and even more so as I follow their progress after the work has been published.

I’ve been a member of LWC since about 2002, though I haven’t been able to come to meetings so much recently. In my first eight years I was lucky enough to get six books published, so I’m one of the many examples of the club working well for writers!

I like to think about all the processes of writing, from the big creative dive of a first draft to the more analytical revision process, and then on to the final polishes. So, on the recommendation of Richard and Pippa Hennessy, I did the PTC’s Distance Proofreading Course last year, and learned a huge amount – there was far more to it than I thought, even though I’d edited and proofread a bi-monthly psychology magazine for ten years. Following that, I did a short course in editing, and incorporated all this into my teaching work at Writing School Leicester and in mentoring newer writers. Meanwhile I began to do Critical Reads for The Literary Consultancy – TLC – writing reports on novels to help writers get their books ready for publication. I’ve always been a big reader, so it’s a pleasure to do this kind of work.

The skills and mindset for editing your own work are different from the ones you need for the first draft. I’m interested in helping writers develop across the board, especially when so many of us are turning to self-publishing, where nobody is going to do that work for us. I also appreciate more now what editors do, and the amount of time it takes for most books to be ready for publishing.

And so the next stage began to happen. I joined the Society for Editors and Proofreaders as an Associate, went to the invaluable local gatherings and have now done three editing or proofreading jobs, all (as it happens) for self-publishing authors. There’s been a lengthy historical novel set in WW2, a young adult novel, and a book about ex-pats living in Romania. I find the work challenging and absorbing, and I do love helping writers to make their work the best it can be.

Employing an editor/proofreader isn’t cheap, but the benefits can be big. I’m enjoying working across so many areas – mentoring, teaching, editing, proofreading, and of course writing my own work. It’s nothing like what I expected to be doing when I joined the club, but it’s usually good to be surprised.